Is it possible a fight to be fair? Tricky question. Every relationship has its moments. It’s always normal and kind of logical if two people live together to have some arguments from time to time. Well, sometimes is more often than we want it to be.

Or it’s louder than we imagined it to be.

Are there any rules to follow when you fight with your partner?

7 TIPS HOW TO FIX ANY RELATIONSHIP PROBLEM

Let’s say they’re not precisely rules, but if you go through them, you’ll notice they may save you lots of problems.

How to fight in a relationship is important because during the arguments we tend to do, say or think in a way that doesn’t serve the relationship very well. That’s why the following list with small tips on how to fight fair is a perfect beginning to reducing the stress during your next battle.

The small fights have to stay small 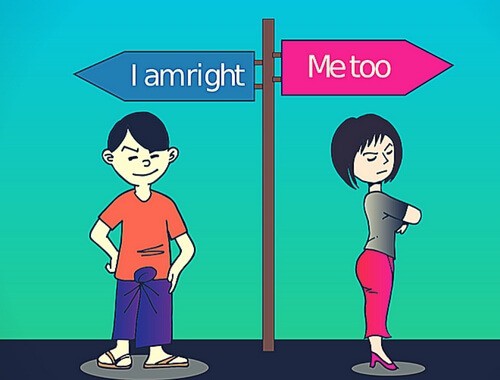 You know how you can start an argument about whose turn to hover the house was and get to the point why he doesn’t love you anymore.

The small fights have to stay small. I’m sure you don’t need the hustle of getting to a point where you forgot how everything started.

First – if the point of the argument is to get to something more significant – start with the critical issue that worries you.

And second – if you want it to be fair – keep it simple. Solve the problem without adding more to it.

How to fight fair in a relationship? Well, try to talk calmly

A married couple went to a wise man and asked him: “We love each other very much. But when we argue we yell at each other. Why that happens?”

The wise man said: “Love is when your hearts listen and talk to each other. Love lives in peace and harmony between the two hearts. When there’s an argument, there’s an offend as well. When we raise our voices, it’s because your hearts are trying to reach each other again. They feel like nobody hears them and that’s why you feel the urge to yell. So your heart can be heard by the other’s heart.”

HOW TO KNOW IF YOUR MARRIAGE IS OVER?

What happens when you raise your voice? The other follows you as well, doesn’t he? But if one of you keep the calm way of speaking chances are the other has to stay peaceful and quiet if he wants to hear something.

Make an agreement between the two of you to try not to yell while arguing. I know it’s hard, especially when you’re not used to it.

8 SIGNS YOU WILL BREAK UP SOON

But work on it if you realise that the high frequency-talk is offending both of you and doesn’t solve anything.

Try this technique: stay close to each other and try to hold your hands while talking. Physical contact with the person you love will keep you calm. Your hearts will be close to each other, and you will feel the other’s presence, support and love. It’s really hard to raise your voice if you’re few centimetres away from your loved one.

Stay in the room

It’s a bit harsh that one. Everyone has a different way of going through an argument.

Many people prefer to close themselves, to go out of the room and to avoid the actual conversation.

Sometimes that’s the best way to do it. If you feel you’re too angry and will say something that would hurt the other – do it. Give it a time frame of 15 minutes or even half an hour. But that’s it. Don’t leave the conversation for the next day, week or even for the-next-time-he-do-it-again. Unsolved problems grow into something way much more severe at the time. Talk and talk till both of you feel you’ve understood. Find the decision and don’t leave it for later with the hope to fix by itself. It never works like that in a relationship.

STRESS AND INTIMACY – SO CONNECTED

Respect and be polite 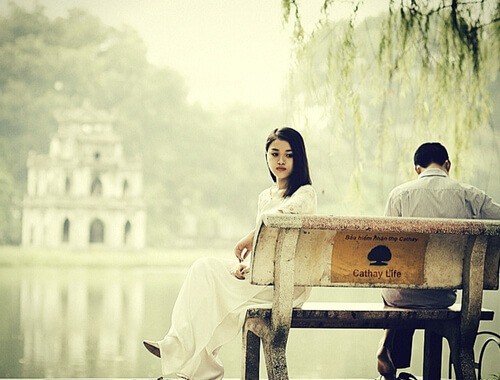 A young man asked his father: “Why am I so angry with my wife all the and how to fight it?”

His father told him to get a hammer and nails, and every time he argues with his wife and says a wrong word to pin a nail on the wooden door behind the house.

The boy did that. Whenever he argued with his partner and felt he said or did something offensive, he would go to the door, and he would pin a nail on it. After a while, there was no more place for pins, so he asked his father what to do now.

The old man told him to start removing the pins every time he does something good for his spouse.

The son did as he was told and started removing pins every time he would make his wife smile. Soon the door was empty again, and he went to his father. “So what now? Was that the secret? To start doing something good to fix the problems?”

“No.”, his father said and took him back to the door.

“Do you see the holes in the door after the pins were removed? Every hole is a word you said and offended the person your loved one. No matter you did something right – the gap will stay there.

Once you say something, it reaches the other’s soul and makes a hole in there. Even if you fix it – the memory of it will always stay.”

The person you really want to shake and scream at when you’re angry today is still the same person you will hug and say you love him tomorrow. So respect him as in any other part of your relationship. And I would say – respect him especially when you argue.

YOUR GIRL WILL LOVE YOU FOREVER IF YOU DO THIS

Words said in a moment of anger may hurt for years. And the memory will swim its way out from time to time, so make it as less painful as possible. How you treat your partner in an argument is essential, and you’re treated by the other can tell you a lot about him.

Keep it between the two of you

Involving other people in your fight wouldn’t lead you to anything good. Keep his family away, don’t talk against them, don’t blame them. It will leave a mark in the other’s eyes that you don’t like them. After that to start looking for guilt in your family is just a matter of time for him. Bringing others into the relationship fight will make it a war.

In the same way of thinking – nobody has to know that you fought a few days ago. So next time you go out with friends – spear them the story about his dirty socks and how fed up you felt with it… just before your period. At the end of the day – you will still love him, but your friends don’t see him with your eyes. So the reason they don’t like your loved one may be actually you.

Don’t go to sleep angry at each other

That’s one of the worst things you could do. Even if you need time to think about the problem you have. 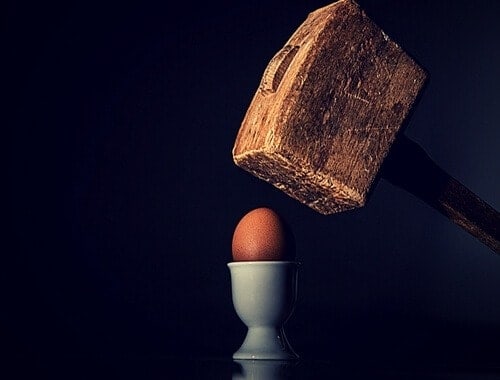 Especially if it’s too serious – promise to each other to kiss goodnight and hug him. Often the problems come from the moments of loneliness, the miss of touch or misunderstanding.

One day you may regret the nights you went to sleep angry, and without telling him, you love him. Probably half of the problems could be solved after a good night sleep. On the morning, when you’re not tired, and the stress from work is gone, you may realise you’re not angry at each other at all, but you missed a whole night of your life together in pointless cold silence.

Remember you love each other

It’s really hard to hurt the other if you repeat to yourself you love him.

YOUR MAN IS A HERO

Try this technique next time you feel the urge to be the angriest creature this earth had seen.

Ask yourself how important the thing you want to fight for is on the life base of the next five years. How many small fights do you remember? All of them? I don’t think so. If you don’t remember them months or years later, why did you have them? Obviously, they were not as vast and life-changing as you though.

Try to realise the real importance of the fight. Pick your battles wisely because of not all them worth the stress, the anger and the disappointment in your hearts.