Is he around you? Leave him!


There are so many women in this world who stay with a man who doesn’t deserve them.

It’s not only sad but worrying as well. 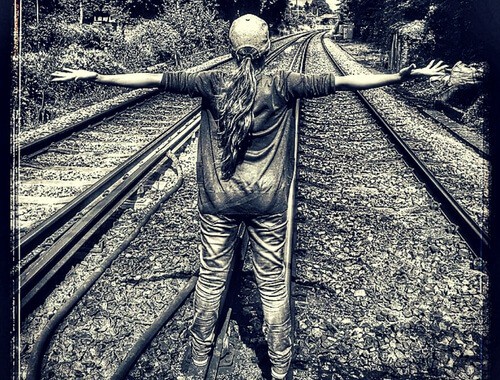 We, women, tend to think that love comes with pain. And because of that, it’s okay to close our eyes in front of many things… way too many things!

No, it’s not okay! Sometimes we should open our closed eyes and realise we’ve got only one life to live and every day that passes is a day we spent with someone who doesn’t appreciate us.

And we should get rid of him…

However, it’s my confession as well!

I left him! Now it’s your turn!

The man who is going to watch you with lust in his eyes.

The man who tells you he loves you only after he had you in his bed.

The man who doesn’t respect your body and wishes…

The one who is going to let you fall asleep without telling you good night. Night after night.

The man who wants you in his nights but not in his days. Leave him!

The man who comes to dine with you at your home and doesn’t bring anything. Close the door in front of his face.

The man who made you think of yourself as something less important.

The one who doesn’t look into your eyes when you’re sad. He doesn’t deserve you.

Pin this for later: 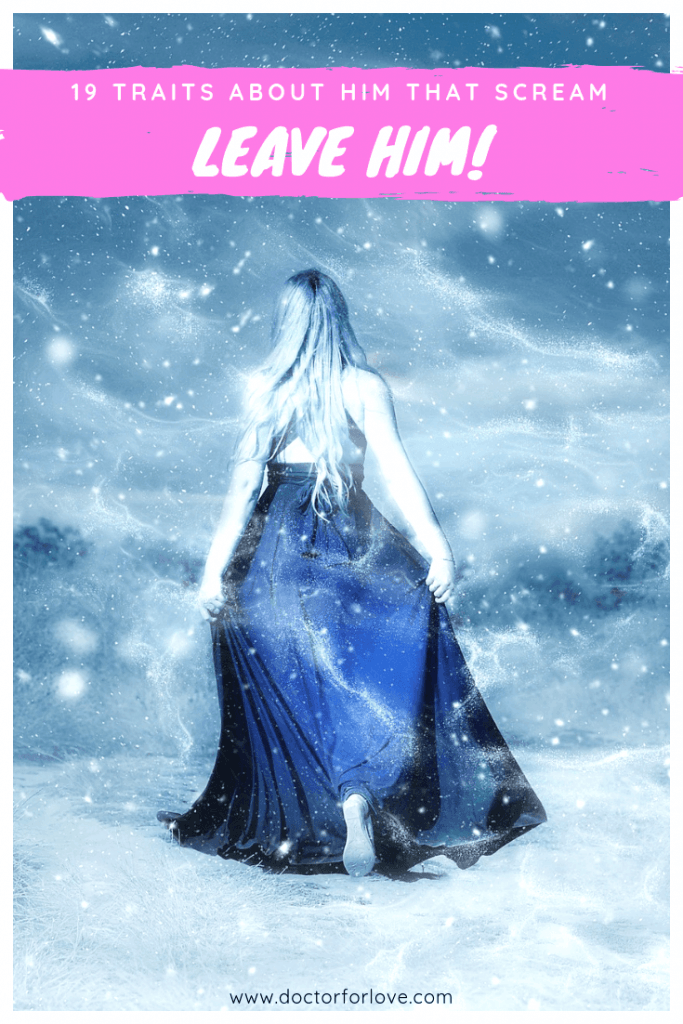 The guy who makes you breakfast in the bed, and after that asks you for a favour. Don’t help him!

The man who says he will come and then leaves you waiting for hours. Don’t wait for him anymore.

The guy who reads your message and doesn’t reply for days. Delete his number.

The one who lets you sleep alone night after night while he is out with friends. Flush him out of your life!

The man who rolls his eyes when sees you crying. Please, walk away from him.

The man who asks you for money before the end of every month. Let him grow up on his own.

The man who brings you flowers and doesn’t forget to tell you how much they cost. Leave him!

The one who wakes you up in the middle of the night because he’s drunk and wants to chat.

The guy who doesn’t want to speak to you about the things that bother you. Don’t be bothered with him.

The one who refuses to share with you what bothers him. Walk away!

The man who tells you he needs you to love him. Don’t love him!

The man who made you think about leaving him.

Not sure if he’s the right for you? Check these articles for some information:

ARE YOU IN THE RIGHT RELATIONSHIP?

ARE YOU LOSING YOURSELF IN THE RELATIONSHIP?

10 SIGNS OF DISRESPECT IN YOUR RELATIONSHIP