What to do when your man is pulling away early in the relationship?

Is he pulling away or breaking up with you?

How to know if you pushed him away or he’s the type of guys who pulls away from you, retreats to their cave and come back more in love with you than ever?

And what are the signs he is pulling away?

They say it’s hard to understand women but honestly, men are even worse.

Yesterday he was super nice to you, you cuddled and made plans with you for the next three months. Today the story is completely different, he ignores your phone calls and acts as you don’t belong into his personal space.

You aren’t sure what to expect next and you hate it. You just want to relax and enjoy a healthy relationship that fulfils your expectations.

Why men pull away at the early stages of the relationship when everything seems to go so well, and you feel the attraction?

In this post, I will answer these questions and I will give you the exact formula to stop him from pulling away from you.

And not only that! I will help you make him fall madly in love with you. Keep reading as I will give you the only formula that makes men stay with you and commit.

Why men pull away? – The early stages story

So, you met! You felt the attraction. You went out on a first date, and everything was normal – nothing flashy, no stars and signs from above, but he is a decent guy, and you like him.

Even a third and a fourth… On that stage, small stars started circling both of you. You were flying on pink clouds and giving the biggest smiles your faces could express. In conclusion, everything was looking like it was going in the most beautiful direction.

Phone calls, good-night photos, texts with hearts, kisses and puppies… The thought he might start pulling away didn’t even cross your pinky mind.

Why men pull away? The early stages story takes a wrong turn 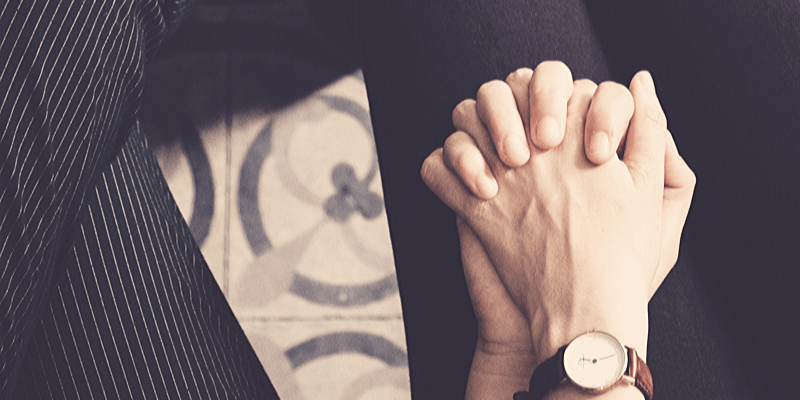 One day a loud alarm went off in your head and you realised HE IS pulling away. At the very beginning of that fairytale, he shook the magic dust off his shoes and slowly started walking toward the fire exit of your life!

What happened? Did you say or do something to push him away? How to stop him from leaving your life? Why men pull away at early stages?

That’s a very common situation. Meeting a nice guy that’s worth the effort is so rare that you panic. It is understandable.

You wonder if he just needs a man-cave-time or he’s trying to break up with you.

When it comes to dating, life gives us too many options and not enough quality.

Therefore, when that quality, combined with passion and warmth, hits us, we urge ourselves to hold to it tight. As a result of our fear to lose it, we change our behaviour. Unnoticeable for us. Noticeable for him.

So he starts running away.

Men pull away at early stages for two reasons 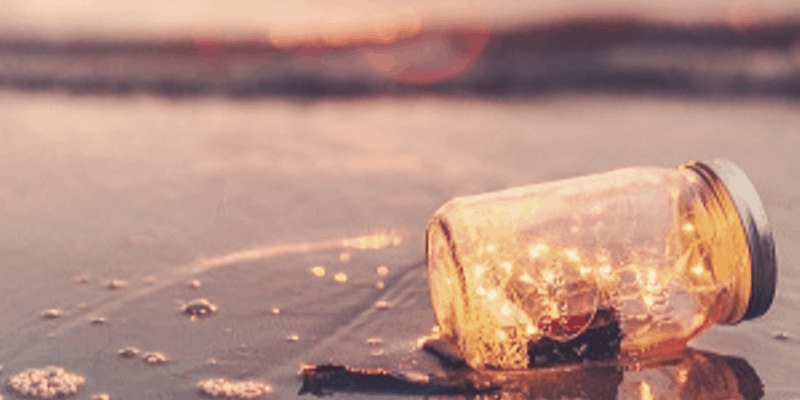 Neediness and insecurity – the enemies you often like to chat with.

Do you think that men pull away because women push the relationship to be serious at the very beginning of it?

They try not to argue because it’s rude and may put them in an unpleasant light. They put their prettiest dresses just to show how stunning they are – in case he didn’t notice. Could that make him pull away?

People say that women ask for too much too soon. I, as a woman, would like to disagree. However, I cannot. Because… been there, done that!

BUT, this is not the behaviour that makes men pull away at the early stages of the relationship.

It’s what’s behind that behaviour.

The first few dates and months of the love stories are the ones we try to find out as much as possible about the other. We search for small signs of what our life would look like if we chose to stay with that one person longer. How would a normal day be like? A conversation? An argument?

The truth behind his reasons to pull away

Often, when a man pulls away, it is not because of the fact you’ve texted him 18 times today, or your dress shows too much skin (or almost all of it). The fact he doesn’t like it is not because he’s jealous and wants to stop you from expressing yourself.

It’s about the way this makes him feel.

There are two things that men really don’t want to deal with when they start a relationship: neediness and insecurity.

Let me stop you!

In no way, I’m saying you are needy and insecure.

But it’s about the way you communicate with him that makes him think you are. It has nothing to do with who you truly are.

I’ve got more to say, but if you’d like to skip straight to the answer, please click here to see the short video that will tell you what to do to make him stop running away from you and commit.

There are two types of behaviour at the beginning of every relationship.

The first one is when the woman tries to be liked by the man. She goes on a first date and puts her best dress, styles her hair and does her cocktail-makeup. She thinks of the way she speaks and controls almost everything that comes out of her mouth, just to be sure it sounds smart. She pays attention to the looks the guy gives her back and flatters him so he can feel the affection.

Second and third dates are nothing more but ways to prove how fun she is, and she’s looking for ways to make him feel wanted. His flowers are the most beautiful ones she’d ever received, and no one ever made her feel so open to express herself. Do you think he could pull away from a woman that showers him with so much attention?

The second type of behaviour is much more focused on her… again. But the difference is that the woman doesn’t try to show herself in the best possible way. She tries to find out if he’s worth to see her best possible side. If you’re that type of person you still put some cute clothes, the makeup is not more than the usual one, and you flatter him only for something you see essential. Your goal is to have fun. Nothing more, nothing less.

The second and the third date are a test not for your funny side, but a trial to understand how you feel in his company in various situations. Will he pull away from you?

If you want to know more about how to make him stay, and you recognise yourself in the descriptions above, I strongly recommend you to check this video here.

Which one of these types is going to make him pull away? 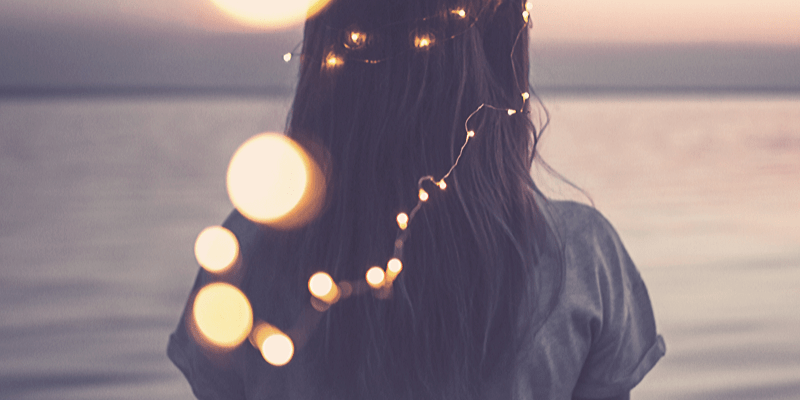 !!! You see, the first type of women waits to be picked and approved while the second type is the one that picks and approve!!!

I was the first type of women during every single of my previous relationships. Looking back now, I would have saved myself so much pain and time if I had dropped it early enough. And I adopted the second type only once. The result was finding out that the guy I was dating was the most amazing person I’ve ever met. And it led us to the got-engaged-moment less than a year after we met.

By “picking him” I do not mean you to go out for a man-haunting. Nothing in your pre-date should be changed. What I mean is to stop thinking like a woman who “needs to find a man”, “to make him like her as much as she likes him”, “to show him what he could gain”, and “to make him realise how amazing she is”. No!

All that is neediness and insecurity. And he will pull away sooner or later. If he doesn’t – then his goals are something different than having a quality relationship.

What to do when he pulls away early in the relationship? How to make him stay? 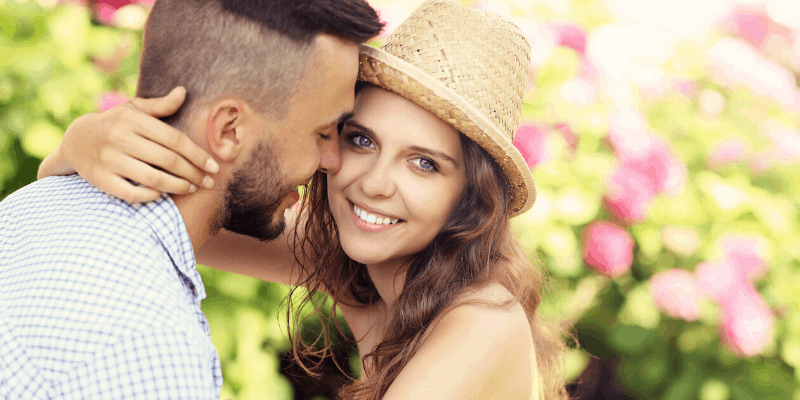 It’s the easiest thing ever.

Bin your efforts to be the most beautiful, funniest and adorable woman he had ever met.

Stop wanting to be the best possible option that exists in his life.

Stay true to yourself.

It’s been said so many times that no one pays attention to it anymore. He wouldn’t pull away from a woman who’s herself all the time.

Stay true to your happiness and your normal behaviour.

Evan Marc Katz has a brilliant read on that topic and helps you stop men from disappearing from your life. Read my review here to find out if it’s your perfect pick.

Be real when you talk and don’t hide if you disagree with something. Say it at that exact moment, before you create the impression you’re alright with something you’re usually not.

Tap into his Hero Instinct

The hero instinct is the real secret to every man’s heart.

Once you trigger his hero instinct and make him feel cherished and respected, he will be truly yours forever.

Men pull away from a woman or stay forever with her based on the way she makes him feel. You are the same, aren’t you? You want to be respected, nourished, loved, listened to and want a committed serious relationship with someone who sees how special you are.

Men aren’t different than us.

They too want to commit and create a deep connection with a special woman in their life. They too want a lasting romance, holding hands and sharing thoughts. Ok, maybe not all men love holding hands, but the rest is true.

Every human being longs for mutual love and understanding.

But the way men create this connection is so secret that almost no woman knows it. Except you now.

It’s as simple as that.

And yes, you can still trigger his hero instinct, even if he’s pulling away. You can stop him and make him come back to you. It will be as easy as flipping a switch in his brain. He will suddenly see you as the prize he needs to fight for and win.

Here’s the simple answer to how to stop him from pulling away. Watch the full video here.

Posts Related To Why Men Pull Away: 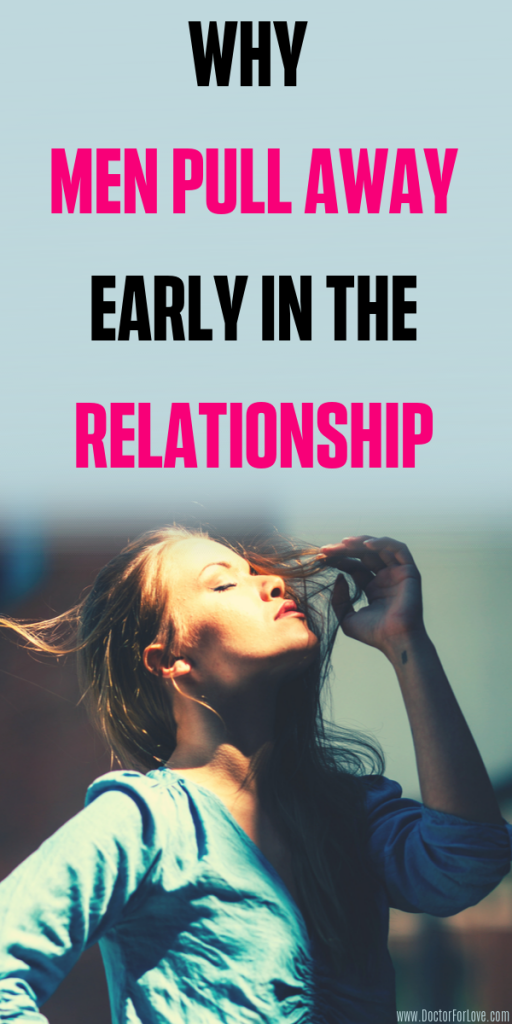 Why men Pull Away At The Early Stages Of The Relationship