The clearest signs he wants to marry you someday

Are you looking for clear signs he wants to marry you someday?

How to tell if he truly loves you and wants to marry you?

How would a man act around you once he knows you are the one he wants to wed?

Most importantly, can you spot the signs by yourself without having to throw hidden questions in his direction?

Yes, there are signs he will marry you someday.

I know it because I could tell that my boyfriend (now fiance) wants to spend his life with me, and I wanted the same.

Today, we are going to talk about all those early signs he wants to wed you and how to spot them.

Related posts: HOW TO KNOW IF YOU REALLY WANT TO MARRY HIM/HER?

1. The first one of the signs he wants to marry you someday – He Cares About You

Your guy truly cares about you. That’s it.

If a man shows he cares that is a sign he’s committed to you and probably considers you as a future wife. In a casual relationship, you will never see that. On top of that, you truly feel he thinks about you, he’s compassionate and thinks about your comfort. No, my dear, that’s not a fairytale, that’s true love and you have it.

Here are a few signs he deeply cares about you:

2. You’ve met his family and that’s a sign he’s serious about you

If he sees you as a woman who takes him away from the boring reality, you will never reach his closest people. It’s not only because they’re too special for him but because they’ll ask him about you long after you two break up. And no man wants to be bothered answering his mom about the women he dates.

However, if he considers you as a woman to keep in his life for longer (and why not for life), he will introduce you to his family. Going as a couple to a family event is almost the same as going as a family. So if you’ve met his parents, aunts and uncles, congratulations – he thinks you have future together.

Bonus Sign: In his book “Act Like A Lady, Think Like A Man” Steve Harvey talks about the way men usually introduce the lady by their side. If he introduces you to his friends as “That’s Ann.” you aren’t that special for him. However, if he says “That’s my girlfriend – Ann”, you can be sure he is committed to you. The reason is that men never forget to claim their territory and announce to other men around – you are his and they should stay away. Simple, yet so profound, right?

3. He talks about having a family 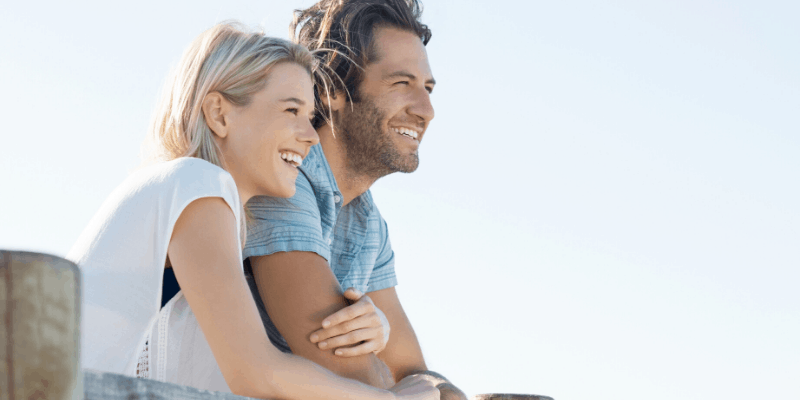 Men know that if they mentioned having a family one day, the woman next to them will include herself in the picture too. They understand that if they don’t want a future with you, they shouldn’t talk about any future at all.

That’s why not every man does it, especially if he’s not sure about having a serious, committed and long-lasting relationship with the woman next to him.

If your loved one doesn’t feel shy to talk about having a family one day, then in his mind, half of the work is done. He’s found the person to create it with. He may be just checking if you’re on the same page as him. A man that doesn’t have you as his wife on his mind would never risk giving you false hopes in that direction. He would just play it dumb, and that’s it.

4. He talks about the future with you

Slightly different than talking about his plans for the workplace. Talking about your future is key to finding out if he wants to marry you someday. If it’s the middle of May and he’s asking you about making Christmas plans, then he doesn’t have any doubts you’ll be together by that time.

I had a boyfriend who was a potential partner for life, or so I thought. Once, when I wanted to book flight tickets for a holiday that was four months later, he told me not to include him because he didn’t know if everything will be alright with his job.

At the time, I didn’t understand what could go wrong with his job, but a month later he broke up with me. You see, I was not in his plans, or he was not sure if we’ll be together by that time, so he decided not to engage himself with any future plans. I’ve learnt my love lesson.

5. So… are you planning a holiday together?

As I gave my example above – planning things ahead is essential for a serious relationship. A holiday is the best opportunity to see if, in your loved one’s head, your relationship may grow into something more significant.

For example, if you want to go to Italy for your holiday, but he wants to visit Spain, the sentence “Ok, this year Italy and next one – Spain”, will give you the best confirmation. You’ve got the future planned. Together!

6. You feel you’re his priority 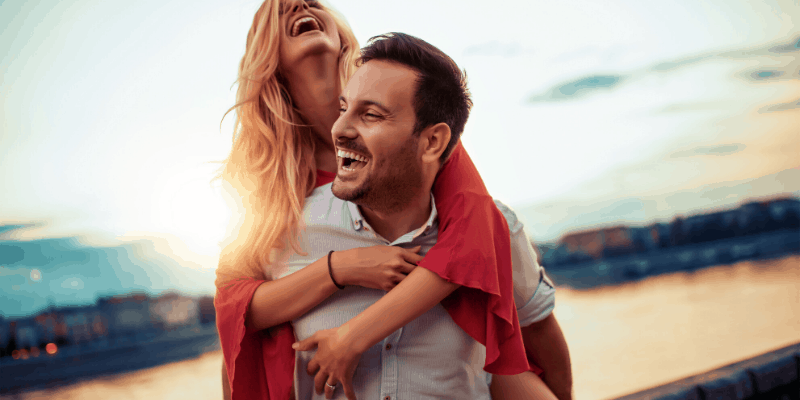 When you want to have a family with someone, he becomes your priority. You care about their plans, feelings and wellbeing.

Do you feel you’re his priority? Here are a few examples of it:

If he makes you feel important to him, that is because he wants you to be an essential part of his life. That is a perfect sign that he might be the one and he wants to marry you someday.

7. He asks for your opinion and values it 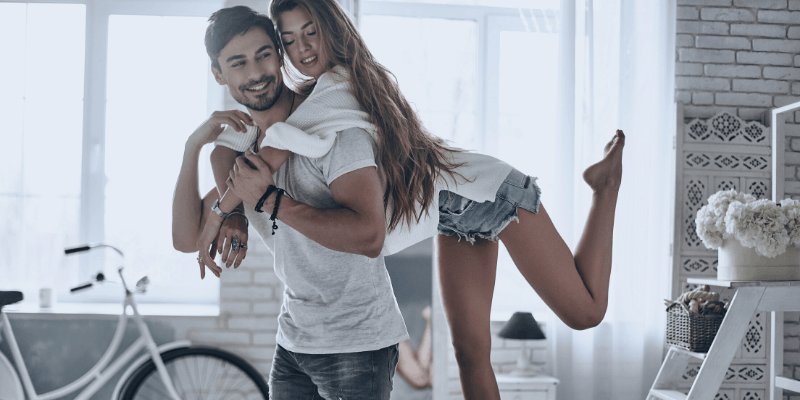 When your opinion is crucial to the other person, it is a sign he wants you in his life. A man who values your opinion is a keeper and you should stick around him as long as possible. He is your soulmate.

A few examples he values your opinion:

8. You live together and things are going well

Living together with your partner is almost the same as being married to him. It is the best practice ever before the wedding. It all depends on the reasons to live together, though.

If he purposed you to come to live in his place because it’s financially better for both of you and anyway you love each other, I have a surprise for you – he’s not so sure if he will marry you.

The only reason to live together should be because you feel the need to take that step. You love each other and feel you need the other’s presence all the time in your life. In that case – congratulations, he wants to marry you someday and he wants to see what a life with you would feel like.

9. He Talks About Kids 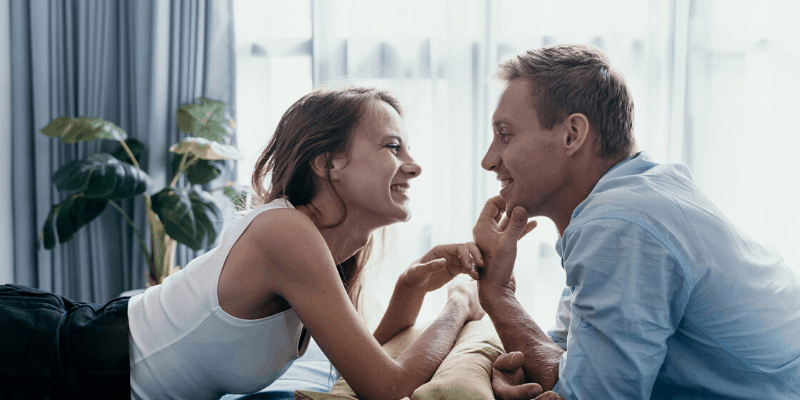 Talking about having a family is hard enough for men, but talking about children is even more challenging.

Men don’t just wake up and decide they want kids someday. they go through a well-thought process before making the decision unless it’s something they’ve always wanted.

However, even if he grew up with the idea of being a family guy, no man will mention kids infront of a woman he doesn’t think would be a good mother of his children.

If your guy has mentioned having kids someday, asked you of your opinion or shared the perfect number of kids you want to have, you can be asues – h wants you in his life for a very long time – he plans on marrying you someday.

10. Everyone around him is already married

I know, this might sound weird, but stay with me for a bit.

For most of us, life goes on cycles. Once we’re out of school, it’s time for settling in a city, landing the perfect job, finding a place to call home, creating good friends and socialising. Then, it usually comes the mating period. People around us start getting married, they have kids and soon, everyone around us is part of a family and it seems like a very cosy and meaningful picture.

This is the time when a guy usually realises that he’s the only one of his friends that hasn’ settled yet in a family and it’s time to decide if he wants it or not. Most times, the answer is yes – they want to find a special person who would be a good wife and mother of his children.

So, if your guy’s friends are already in the family phase of their lives, there’s a huge chance he is seriously thinking to join the married guys’ club.

11. He actually shares his things with you 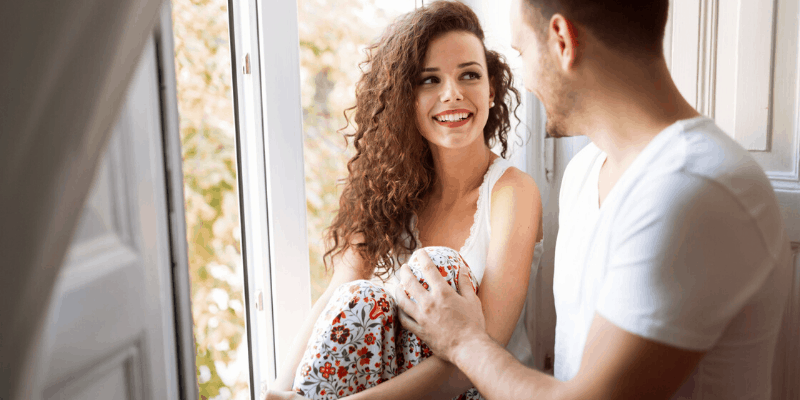 One of the most obvious signs for me that my boyfriend (now fiance) thinks of marrying me when once he told me in a joke that my things are mine and his things – are ours. We laughed about it a lot, but it truly indicated me that he considers us as a serious couple taking even more serious steps.

A man wouldn’t want you to mess up with his things around his man-cave unless he truly wants you to be part of his life. He would want you to feel comfortable and if moving a few things around is the way – he wouldn’t mind even a bit doing it. And that a true signs he wants to marry you someday.

Yes, you live together.

You make plans for the weekend, the summer and how you’ll spend this Christmas at his parents and then Easter – at yours.

He’s showing off with you everywhere. His family knows you and they often check up on you.

You argue but none of you acts like it’s a deal-breaker.

You certanly act as you’re a family. That means he’s ready to make it official one day. He knows you’re the one and wants spend his life with you. It’s a true sign he wants to marry you.

Posts Related To Signs He Wants To Marry You Someday 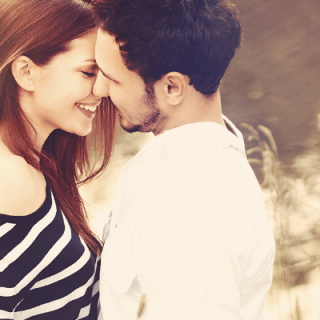 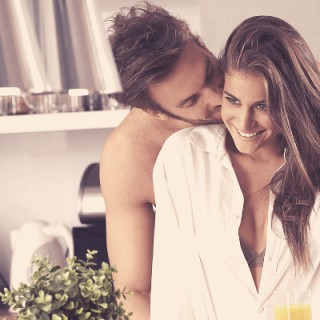 14 Mornings to Your Perfect Relationship - Challenge for Couples To Do

9 Habits for Strong Couples While Stuck Inside Together 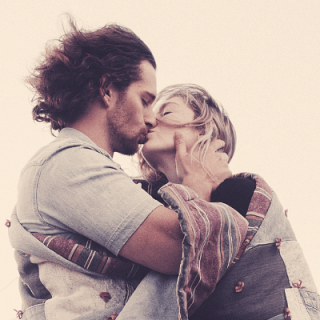 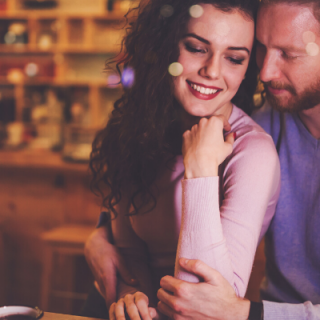 50 Cheap and Cute Date Night Ideas for Married Couples ... And Not Only 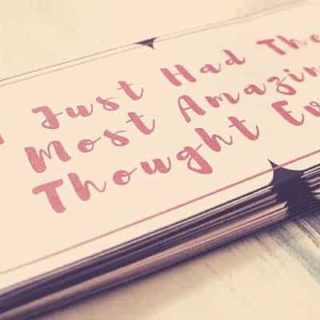 18 Cute and FREE Printable Love Coupons For Him - Instant Download

↓Pin This For Later↓

Signs He Wants To Marry You Someday